Thursday September 18 Thoughts on the Eucharist

We know that the Eucharist is the center of Christian life but all too often the Eucharistic Celebration, where Jesus becomes present for us becomes routine.  What happens at the altar should have feet on it so when we walk out of the Church the presence of this mystery should be seen in our way of life.


So it is good to take time as we are doing today and reflect on what the Eucharist means, and is for each of us.

Today we will consider these points. A)  Where Jesus Christ is found.   B) Some Saints that found inspiration from the Blessed Sacrament and C) what can we do to further our own devotion to the Eucharist.

Where Christ is found.

·      Christ is present in His Sacraments especially the Eucharist; the Eucharist is the source of all power, energy and grace.


Pope Urban the IV asked Thomas Aquinas to write the mass for ; story of Bonaventure


·      Christ is present in the word; the word of liturgy of the Eucharist and putting those words in practice in our own lives.


·      The Hebrew Bible tells of the manna that came down from Heaven; also the Jewish people devour their Torah readings like it was and it is nourishment for the soul.


·      Christ is present in His priests.  Francis had a great reverence for priests because they were able to bring down from heaven Jesus on our altars- story of an unworthy priest. We who are baptized also share in this priestly vocation and therefore not specters at the Eucharist, as we would be at a football game. We offer with the priest our lives, on the paten and in the cup.


·      Father Pierre Chardin, a Jesuit, wrote a book called Hymn f the Universe.  While he was on an archeology dig in , he wrote this.  “I have neither bread, nor wine, nor altar, but I will raise myself beyond these symbols. I your priest, will make the whole earth my altar and on it will offer you all the labors and sufferings of the world…grant me the remembrance and the mystic presence of all those whom the light is now awakening to the new day.  One by one, Lord, I see and I love all those whom you have given me to sustain and charm my life. I call before me the whole vast anonymous army of living humanity. Over every living thing which is to spring p, to grow, to flower, to ripen during this day say again the words; this is my body, and over every death-force which waits in readiness to corrode, to wither, to cut down, speak again your commanding words, which express the supreme mystery of faith; This is my Blood.”  So we have here Chardin’s idea of the Cosmic Christ offering the cosmic   We can do the same at our Eucharistic Celebration or our time spent before the Blessed Sacrament. At the preface of the Mass we call down with the priest  “with all the angels and archangels, with all the company of heaven.  This is the communion of saints.  All who are with us at this Eucharist, our loved ones, living or deceased, those suffering.  We are one in/ the one body of Christ.


·      Christ is present in His people gathered in prayer.  We can see The image of Saint Francis holding up St. John’s Lateran Church in Rome (then the papal Church) the Church is yours and mine to embrace; not the attitude “my Church, wrong or right’ but our attitude of knowing that we are the Church, and we, part of the church, are sinners and isn’t it wonderful that we are welcomed in this Church.  Anne Dillard became a Catholic and when reporters asked her why she became a Catholic she said, “ When I look around in Church I say to myself here comes everybody.” We, in a Eucharistic manner and moment welcome everyone or if we don’t we should make every effort to welcome everybody.  It is easy to become cynical about the church especially as we get older.  I remember once a sister asking a priest, “Why does the church do this or that and hurt people.  And his response was,”We all can sit in a corner and lick our wounds, but one has to make up their mind that when we are shelved we will become sweet pickles

and not sour pickles on the shelf.  What has this to do with the Eucharist, you may ask.  Well, the Church is the body of Christ, one body, no fractions no divisions, diversity yes but in all things charity. (Quote is from the documents.) When we go up to communion and receive the host, and the priest says, body of Christ, we say Amen, that is Yes, to the whole body, to the person seating next to me, to the people in Iraq, the poor in New Orleans.  It is the attitude of the willingness to wash everyone’s feet in welcoming them.  We are always trying, falling short of the mark, falling down and getting up, beginning again. As Francis says,” Up to now, I have done nothing, Let us begin again.”  Francis said this on his deathbed. Someone asked a Trappist monk what he does all day and he said we fall down and get up again, fall down and get up.  He pointed to a large oak and said see that mighty oak, it once was a little nut that hung on.


Christ is present in his poor:

he Poor are the presence of God

·      We can derive inspiration from Saints.

·      St Elizabeth Seton, while in Italy witnessed a Corpus Christi procession and while she was an Episcopalian who did not believe in the Real Presence said that if she did believe in The Real Presence she would walk on her knees to the that Church.  When she returned home to from    would go to Church at at  the Wall Street area but sit with her face toward the Roman Catholic Church of Peter’s.

·      Bishop Fulton Sheen always spent an hour every morning before the Blessed Sacrament, as did Cardinal Joseph Bernadin, who was told by his own priests ,"you are not too busy, Cardinal, to stop and spend an hour before the Eucharist."

·      One moment in my own life that has deepened my devotion to the Eucharist began when I was 7 years old.  Our Parish was having 40 hours devotion and the first communion class, of which I was a part, was to walk before the priest who was carrying the Eucharist.  Since I was small and one of the leaders of the procession at the back of the Church my partner and I were to stop and the others take the next pew up until the whole group was lined up to the front of the Church.  When the priest came with the Eucharist a man in the back knelt down and touched the clock of the priest.  It scared me at first but as I grew older I realize that he was acting out the Gospel story where it says, “If I but touch the hem of His garment I will be cured.”  That was faith and humility.  Every time I hear that Gospel story my mind goes back to that man who had such faith.

·       S IS FOR SONG
Thanks for reading this and may you find your life in the Eucharist grow. 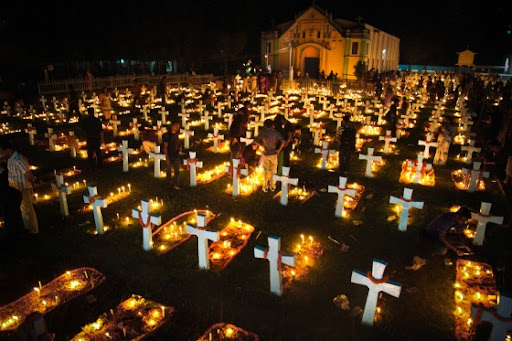 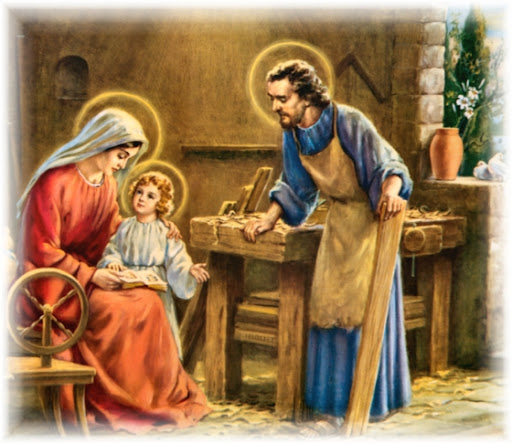 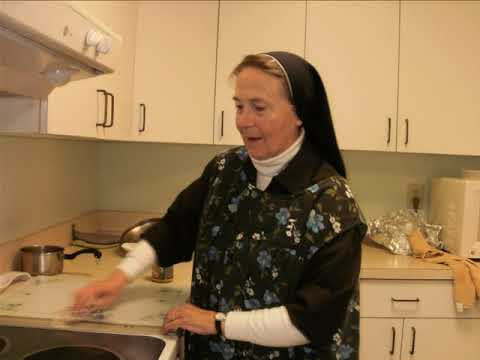